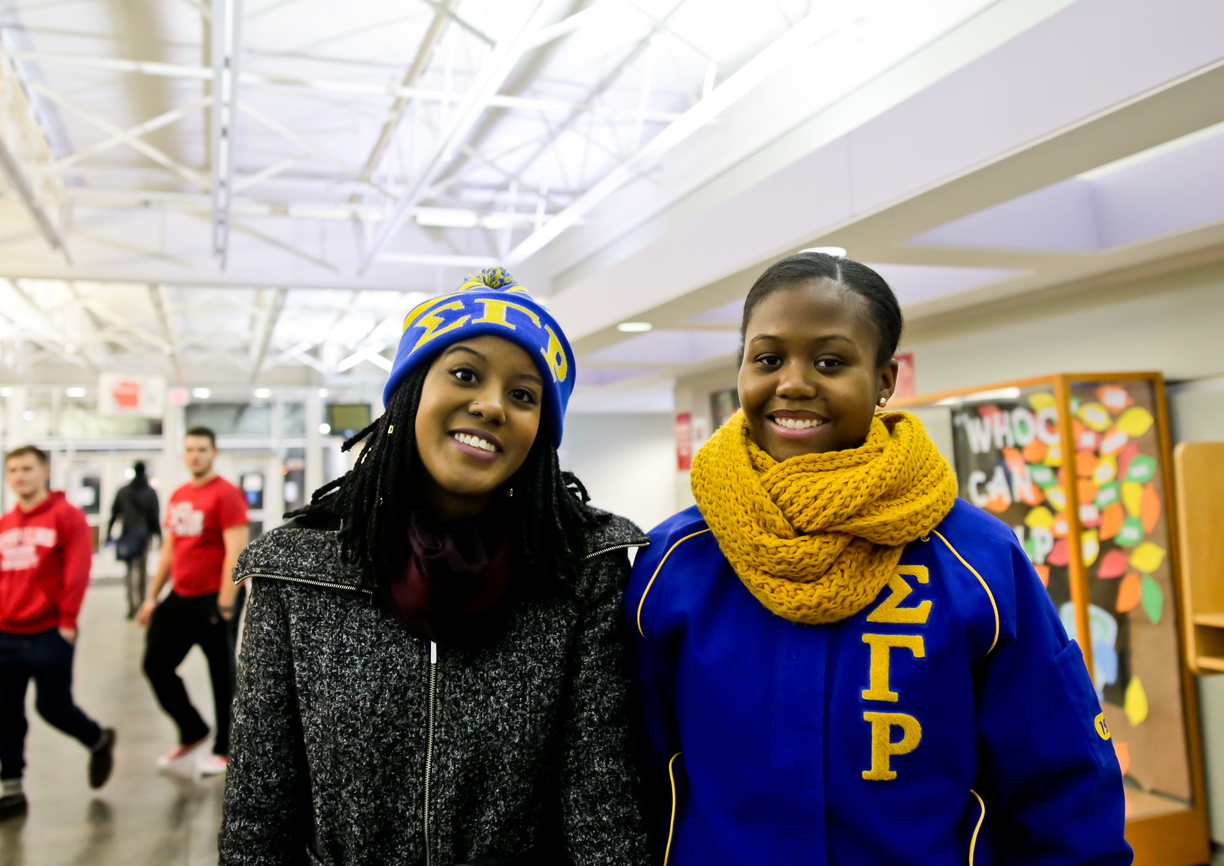 Photo by Michelle LaVigne/Creative Services
Breanna Ford (left,) of Bellwood Ill., and NIU graduate of 2015 from rehab services, fixes the scarf of senior in political science Shabree Drink of Matteson, Ill., as they prepare for the MLK walk starting from Stevenson Towers and ending at the MLK commons. Drink said she was there because King "believed in the cause. Believed in peace and stopping discrimination."