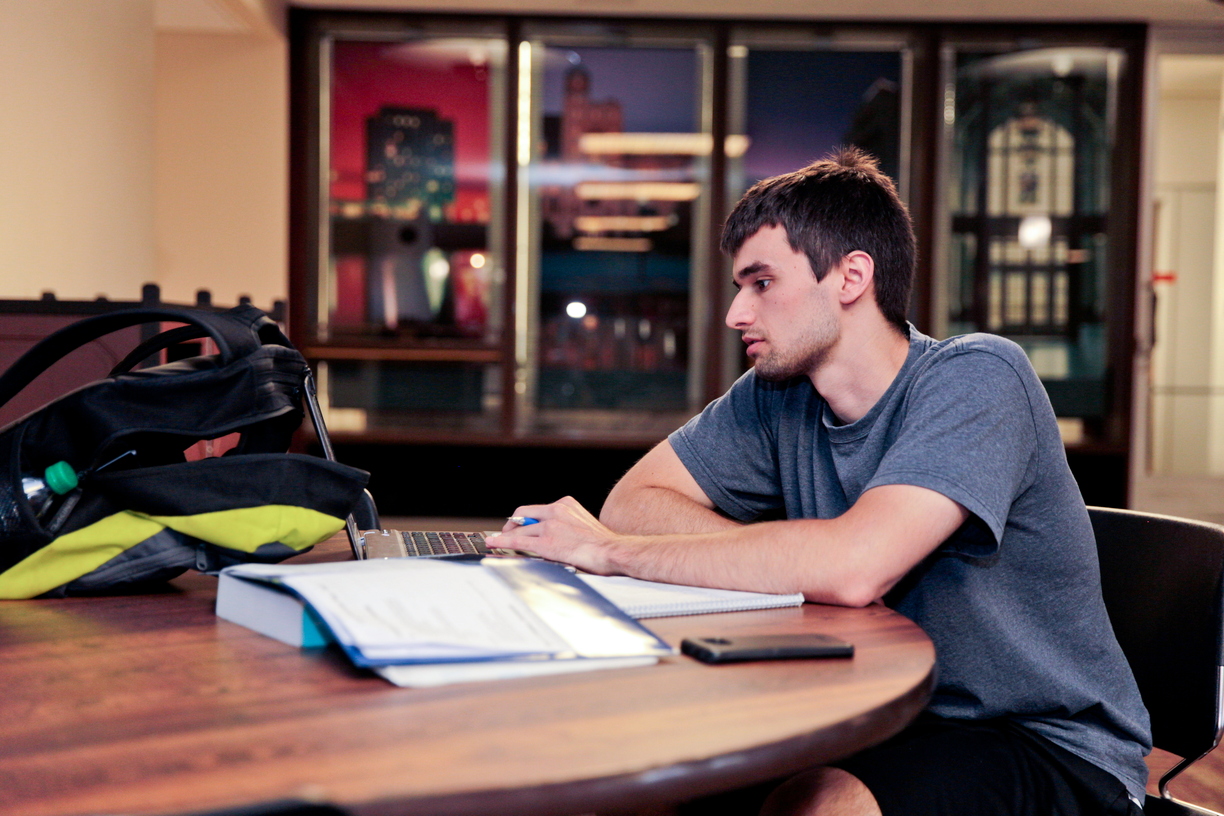 FINAL: Student at large, Christopher Samberg of Carpentersville, IL, looks over the coursework for a class he just attended for the first day of summer classes. Samberg graduated from NIU in 2014 and after spending some time working, decided that he wanted to pursue graduate school. He’s taking summer classes to give him a head start in a major in computer science.