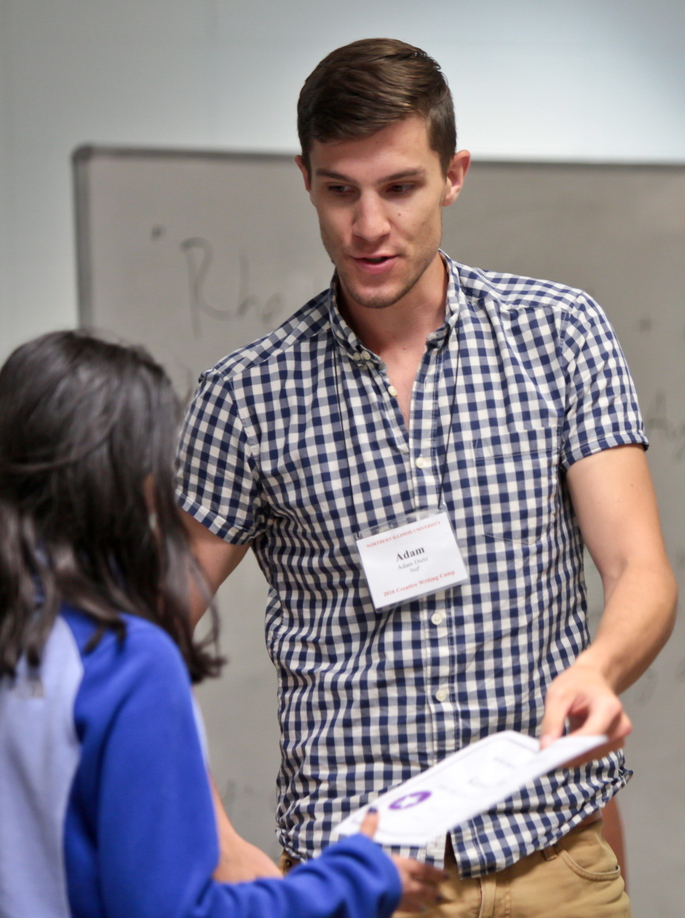 FINAL: NIU masters' 2016 graduate in English and film and literature and writing camp counselor Adam Dietz of DeKalb, IL, hands out an award to one of the participants during their final day of camp. “The students take their writing very seriously,” Dietz said. “They definitely want the feedback and constructive criticism and it didn’t bother them to receive it. They were very receptive to it." After several days, Dietz saw their writing substantially improve and found their writing very impressive. “They write a variety of styles from short stories to poems, and screenplays,” Dietz said. He hopes that they will continue to do so. “The goal is to lay down these skeletons and templates and have them continue with them after they leave.” Dietz did come across something surprising during his experience working with the students. “I think I was worried kids would just be sitting on their phones a lot and that wasn’t the case. There’s this stigma with this generation that they are obsessed with their cell phones.” Dietz didn’t witness this and the students were active and engaged in their writing instead. “It wasn’t what I expected and that was a pleasant surprise.”