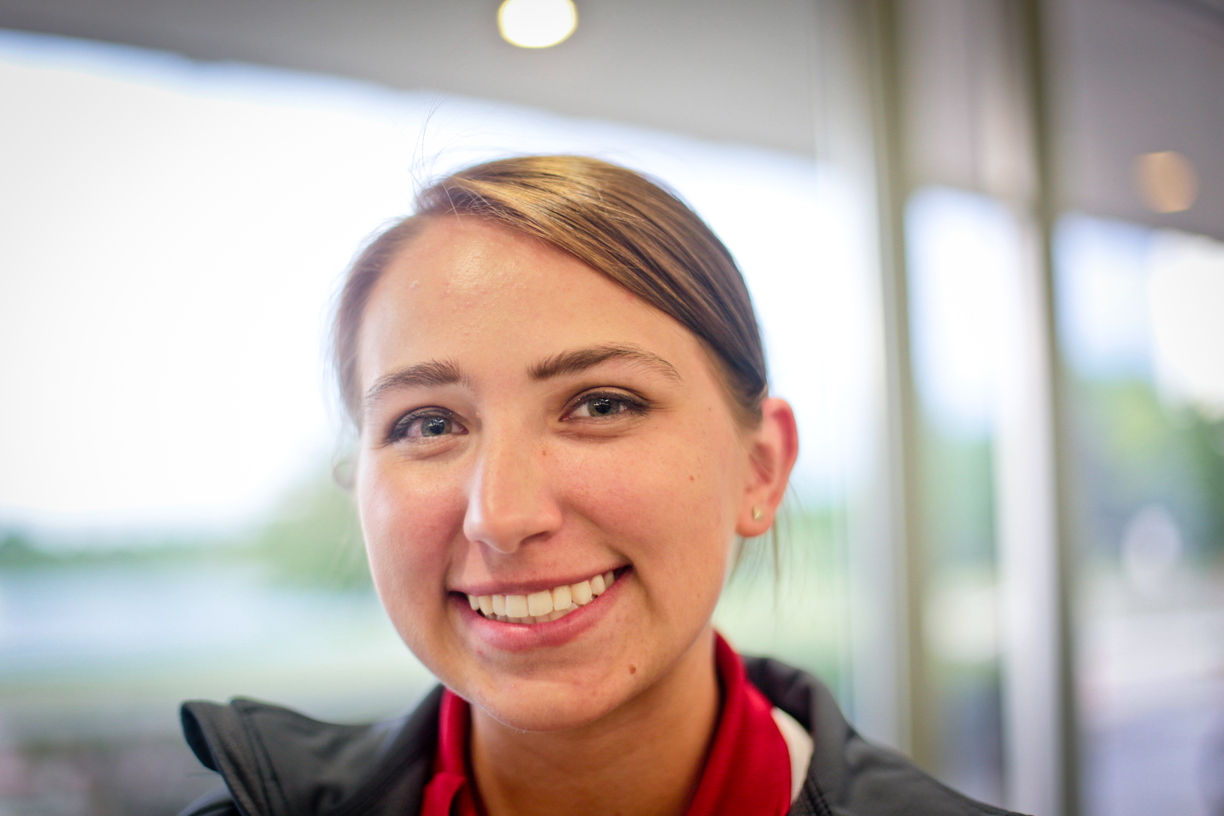 FINAL: Junior public health major and orientation leader Nicole Krakowiak of Downers Grove, IL, knew she would be going to NIU because her parents met on campus and graduated from NIU. “I knew this was my school,” Krakowiak said. She said her parents showed her good morals and values, instilled leadership traits in her and encouraged her to get involved. And as Krakowiak continued her education at NIU, she found herself following directly in her mother’s footsteps and carrying out a similar journey as her mother had done. But it was when Krakowiak’s health took an unexpected turn that she developed an extremely close relationship with her mother. For her first semester, Krakowiak was forced to drop out of NIU due to Crone’s disease. “My mother was a huge support through that,” Krakowiak recalls. She went to her mother with any questions she had, health-related or otherwise. And through this, Krakowiak found her mother-daughter bond grew strong. Krakowiak looks back at that experience as an extremely positive point for her in her life; it’s what led her to choose her major in public health. She is grateful for the people she met while undergoing treatment and the act of having to ask for help from others helped her with her slight tendencies toward being an introvert, leading her to improve her social and communication skills. ‘If I hadn’t learned from the other people there, I wouldn’t have learned these skills,” Krakowiak said. “It made me a better, stronger person.”