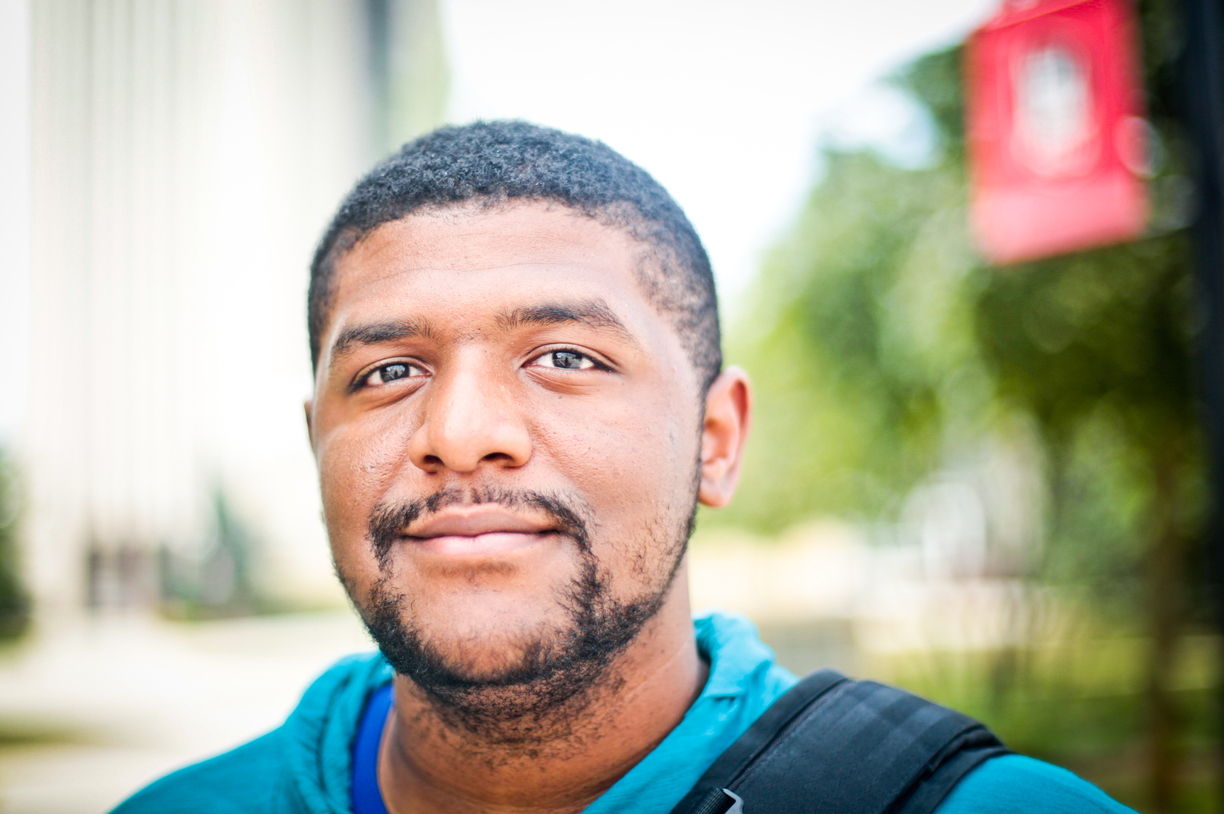 FINAL: Junior operations and information management major Phillip Wilson of Chicago, IL, had a different start to his college career, due to the influence of his mother. Wilson went to work immediately after graduating from high school, and was successful in his job, making good money. But even with this success, his mother continued to push him to enroll in college and to pursue the path of a higher education. “I thought I’d come out here and be a middle of the road student,” Wilson said. He hadn’t excelled in high school and had mediocre grades. But things are different for him at NIU. “I didn’t think I’d be getting a 3.4-grade point average and joining honor societies.” He maintains a high grade point average and is going to be a mentor for incoming freshman through the John Henrik Clarke Honor Society. If it wasn’t for his mother, Wilson admits that he would have probably stayed where he was, doing the job he was working at, for the next 50 years. His mother is happy to point this out to Wilson. “She brings it up as much as she can,” he said. “She drops it in every conversation.”