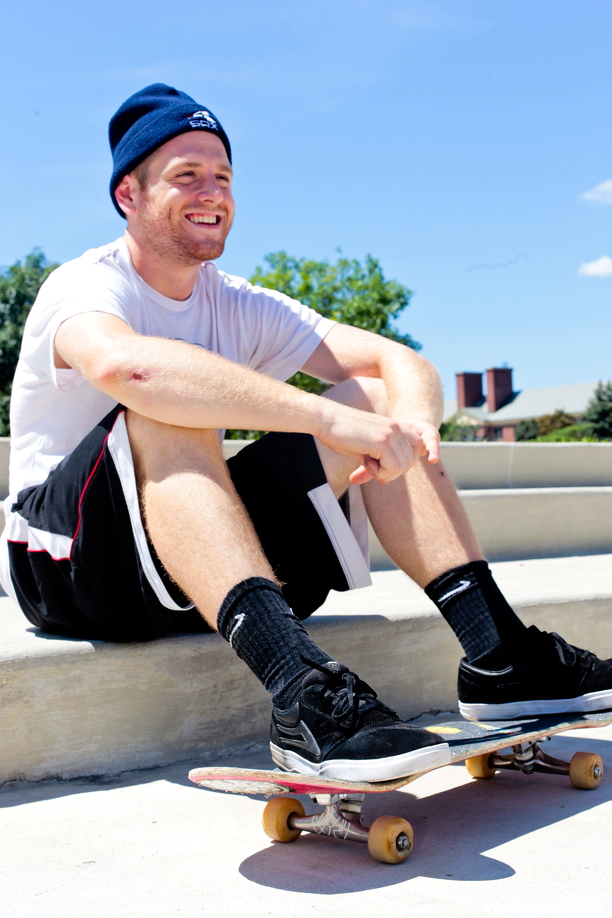 Jack Schanks, an incoming senior originally from Plainfield, Illinois and majoring in Industrial Management Technology takes a break from skateboarding after he and his two friends were told by NIU grounds crew employees that landing on the grass was harming it. "You have to respect that," Schanks said. "We're just walking around and we'll find another spot to skate." Schanks said his decision to attend NIU was an easy one given it's close proximity to his home. He hopes that with taking two summer classes he's set to graduate on time. But when he's not skateboarding, or attending class, he's employees at Texas Roadhouse and apparently has some rapping skills as well. "We rap at work," Schank said. "I don't exactly go around saying 'I'm a rapper,' but I can throw down some lines."