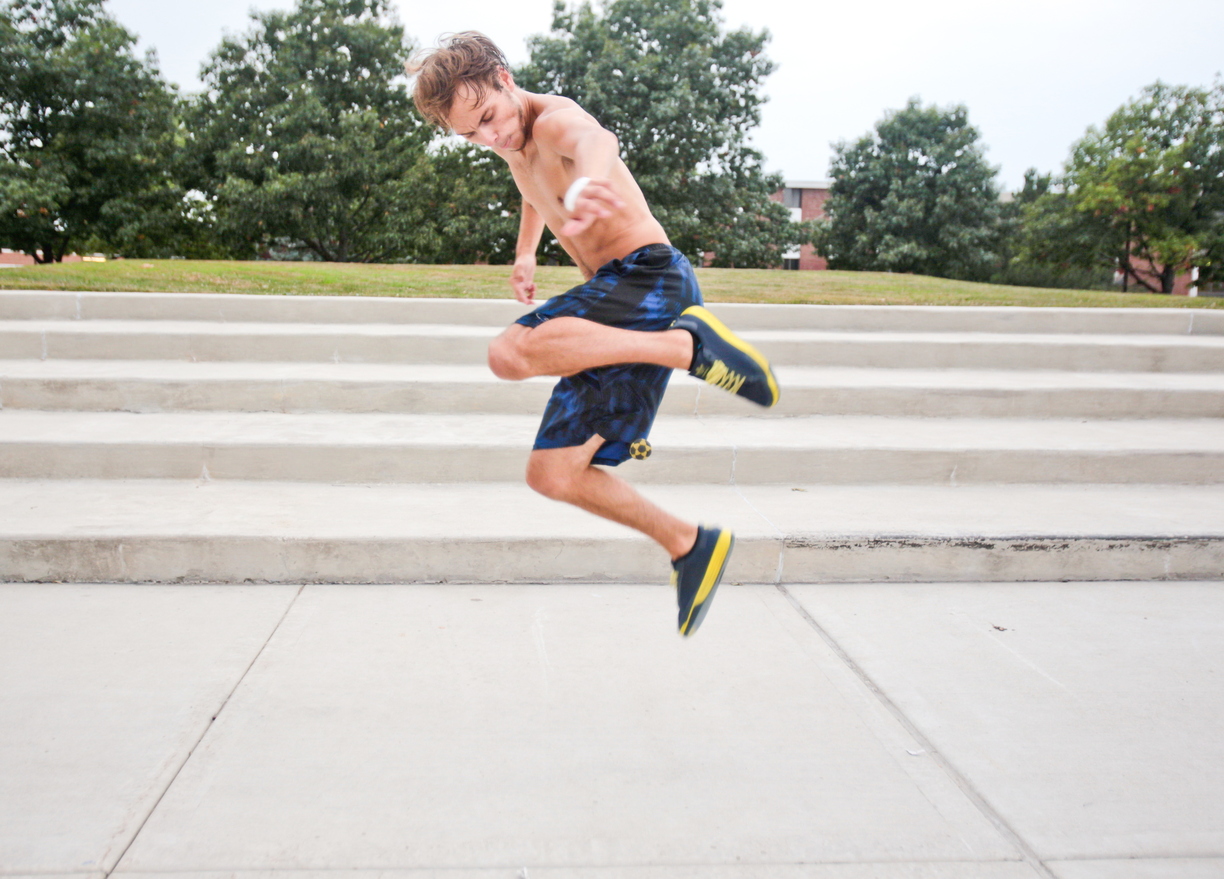 Fifth year senior mathematics major from Glendale Heights Ill., Steven Lanza pauses while footbagging outside of the Holmes Student Center. Footbagging, generally mistaken for Hacky Sack, is different as it's considered a sport. Described by one foot bagging website, "It's Riverdance meets David Beckham," there are footbagging competitions held all over the world. Lanza found out about it on a Facebook site and now recruiting Hacky Sackers with the hopes of starting a campus organization like he's seen at other colleges and universities. "It's a release and a motivator but also its a big focus in my life," Lanza said about his footbagging pastime. "I want to win and be US champion some day. I'm not sure what I'm doing with Math yet." But this uncertainty isn't due to a lack of a love of mathematics. "If you ever talk to anyone about mathematics and they will tell you math is beautiful," Lanza said. "The ideas. What it lets you do. Everything is math. You can describe anything with math. That's kind of beautiful."