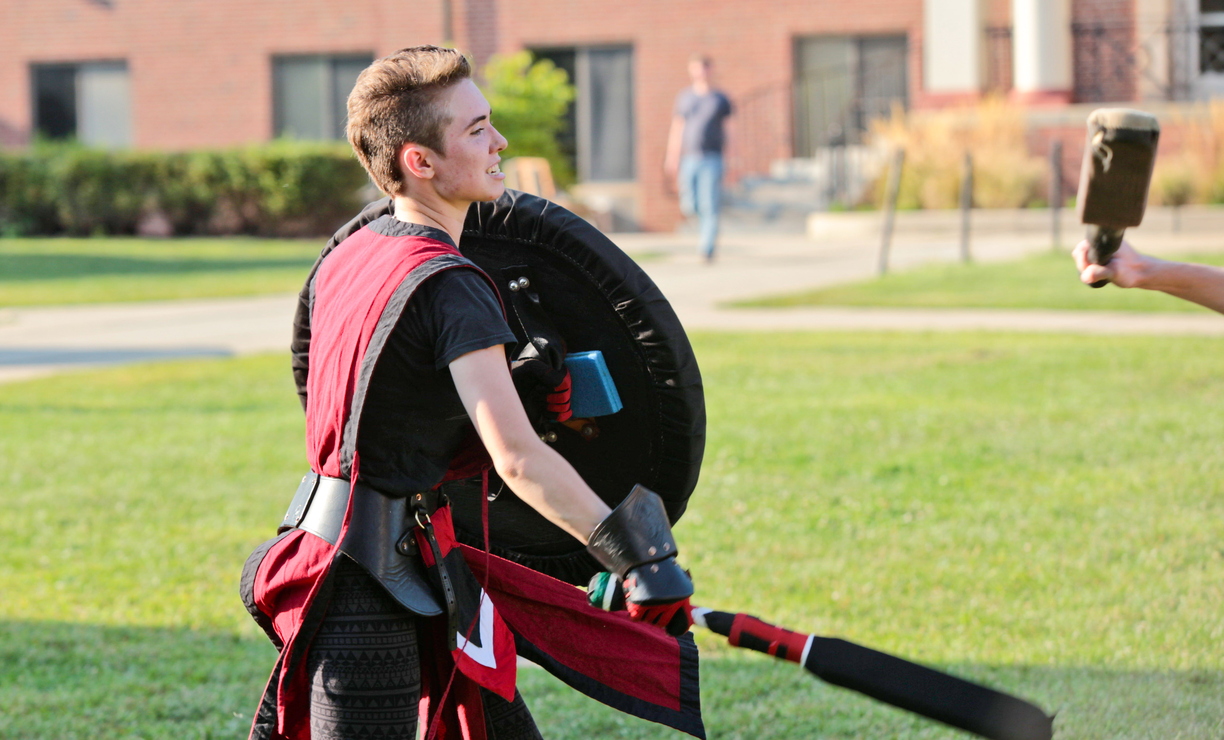 Ann Griffin, a senior in art education from Streamwood, Ill., battles with the members of the NIU Medieval Combat Society during a regular Friday afternoon scrimmage. Griffi. The Society is frequently mistaken as participating in larping, or live action role playing, but the Medieval Combat Society do not require that the participants keep with a certain role or character. Weapons classes are held with contracting the fiberglass foam weapons that they use during battles. Griffin said different groups similar to the Medieval Combat Society exist all over the nation and each grouping is seen as a kind of family.