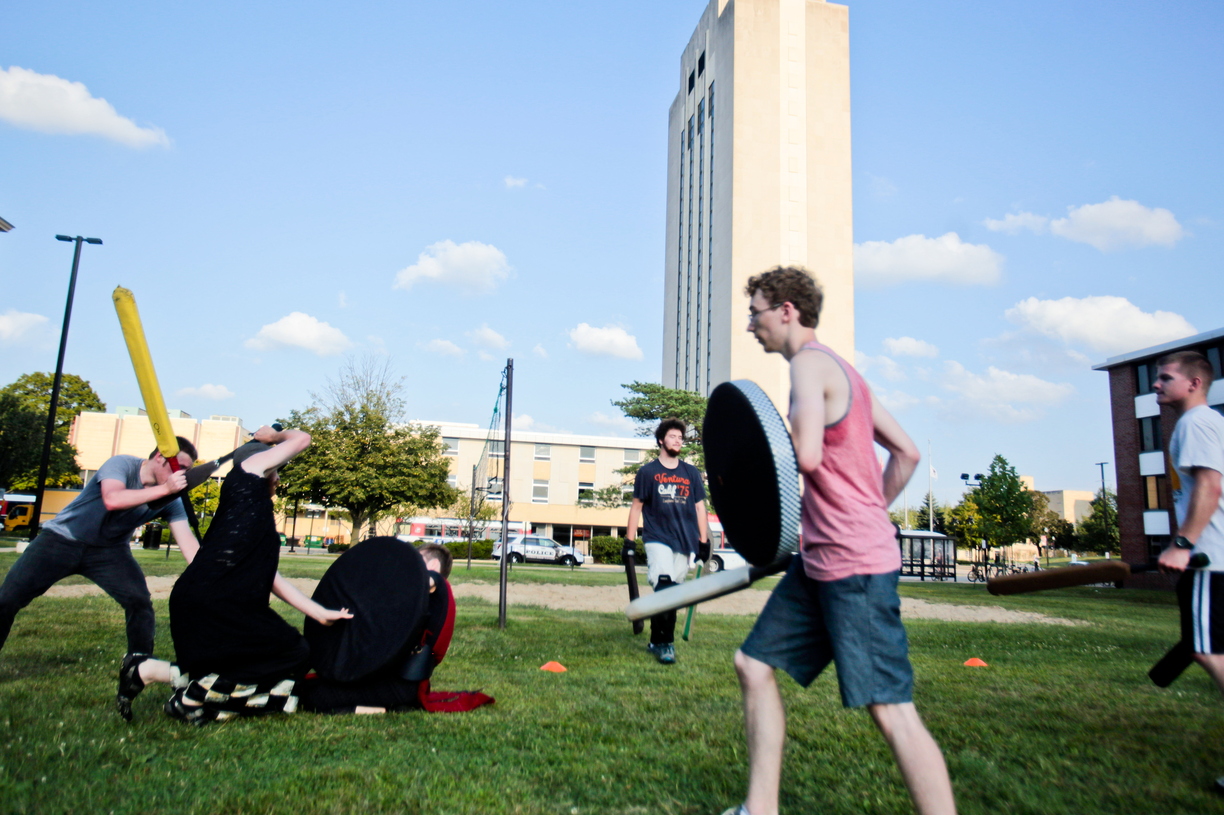 With Holmes Student Center as a backdrop, the NIU Medieval Combat Society participate in a battle on campus on Friday afternoon, September 11, 2015. When the MCS compete, they are referred to as Minas Ithil, which pays homage to J.R.R Tolkien's Middle-earth and means "Tower of the Moon." This name is also in reference to the Holmes Student Center, which the MCS has dubbed their local "Tower of the Moon."