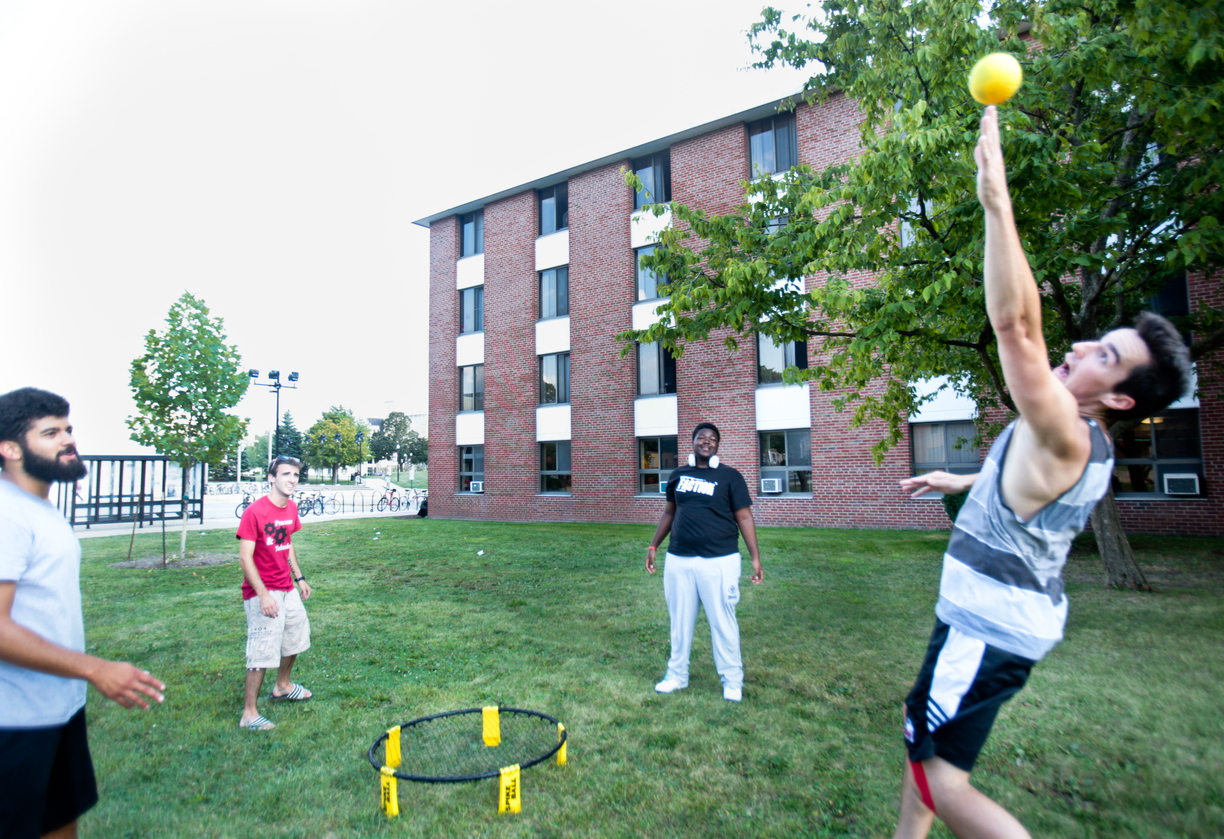 Christian Procopio, a junior in mechanical engineering from Rockford, Ill., (closest right,) makes an attempt to stop the ball as (closest left to right,) Jeremiah Roderiguez, a junior in mechanical engineering from Montgomery, Ill., Austin Young, a senior in operations management and information systems from Holcolmb, Ill., and Shaquill Wilson, a freshman in business from Chicago, Ill., play Spikeball outside of Neptune Hall on Friday afternoon, September 11th 2015. Jeremiah "recruited" most of the players in an attempt to give people the opportunity to learn the game and help with boost campus interest. The game is played with two teams of two players around the Spikeball set, a round trampoline-style netted circle. The object is to the spike the ball onto the net in such a way that the opposing team cannot return it. There are no sides and no boundaries.