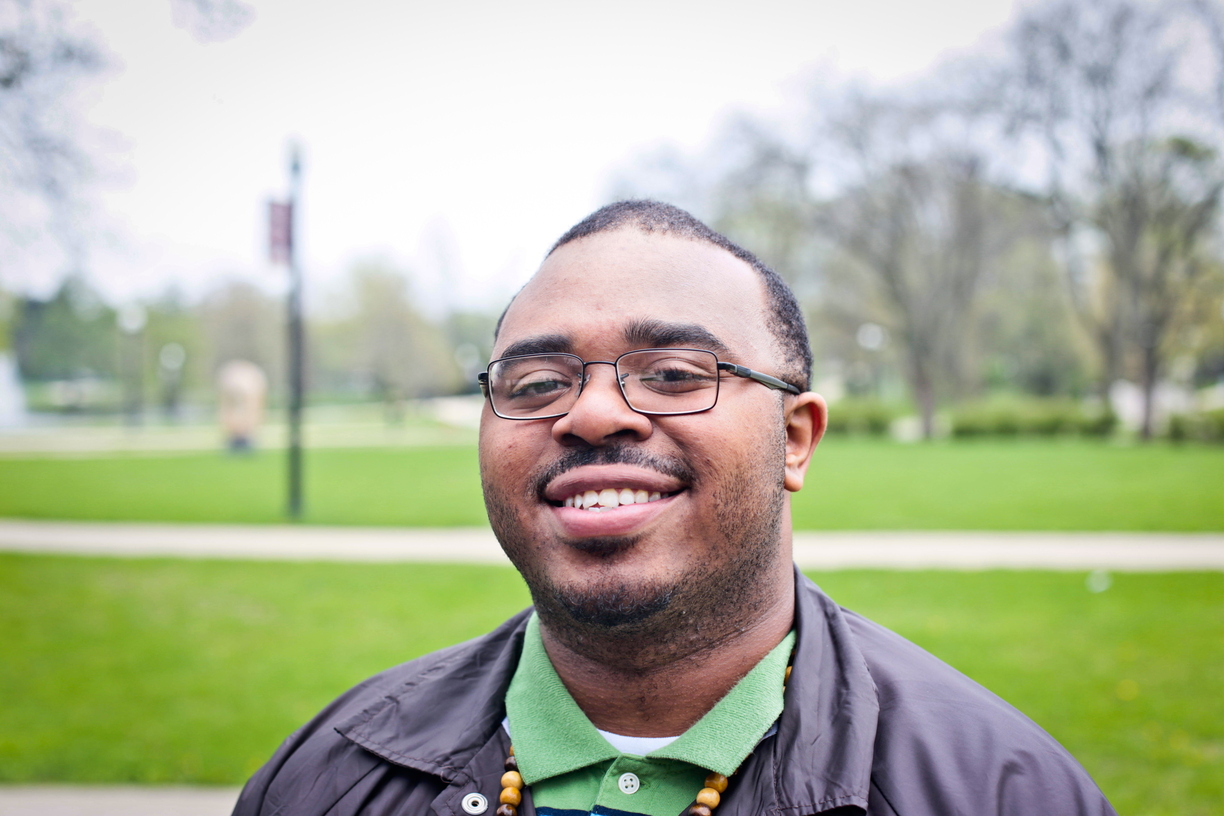 FINAL: After having obtained his undergraduate degree in operations management & information systems from NIU, Collan Davidson of South Beloit, IL, is now receiving his master’s degree in sport management. Eventually he would like to use his degrees to develop software, coding and analytics for professional sports’ teams. He is starting out in this direction with employment secured after graduation in Kansas City, MO, at the health care technology company Cerner Corporation, where he will be working as a technical solution analyst. He has wanted to work in health care, so he sees the job as the perfect fit for him. “It’s all coming together,” Davidson said. With his seven years on the NIU campus, he feels NIU has given him opportunities to network, utilize his resources and be involved in the community. He’s gotten to know the “ins-and-outs of the political system” and different social networks through his involvement in 20 different student organizations, which include the Black Male Initiative, president of his fraternity Iota Phi Theta and working as a community advisor. He’s accumulated $80,000 in scholarships, the largest of which came from the PepsiCo Foundation Excel Award. Davidson credits his success to being in touch with so many different people. And he feels his inclusion in BMI strongly helped to shape his skills in leadership and to form a community of people in his life who have led him down a path of educational triumph. Davidson said he’s come a long way, considering when he graduated from high school he didn’t have a high GPA. His high school counselor helped him by writing a recommendation letter to attend NIU. “And now look at me,” Davidson said, “I wasn’t supposed to be here. But now I’m graduating with a masters.” Davidson carries a 3.9 graduate school grade point average. He said he’s always struggled with taking tests and now is helping his brother, an NIU freshman, who has the same issues. “I’m helping to hook him up with different resources,” he said. Davidson is also a first-generation college student. “I love college,” Davidson said, “It’s the best decision I ever made. NIU has been great to me.”