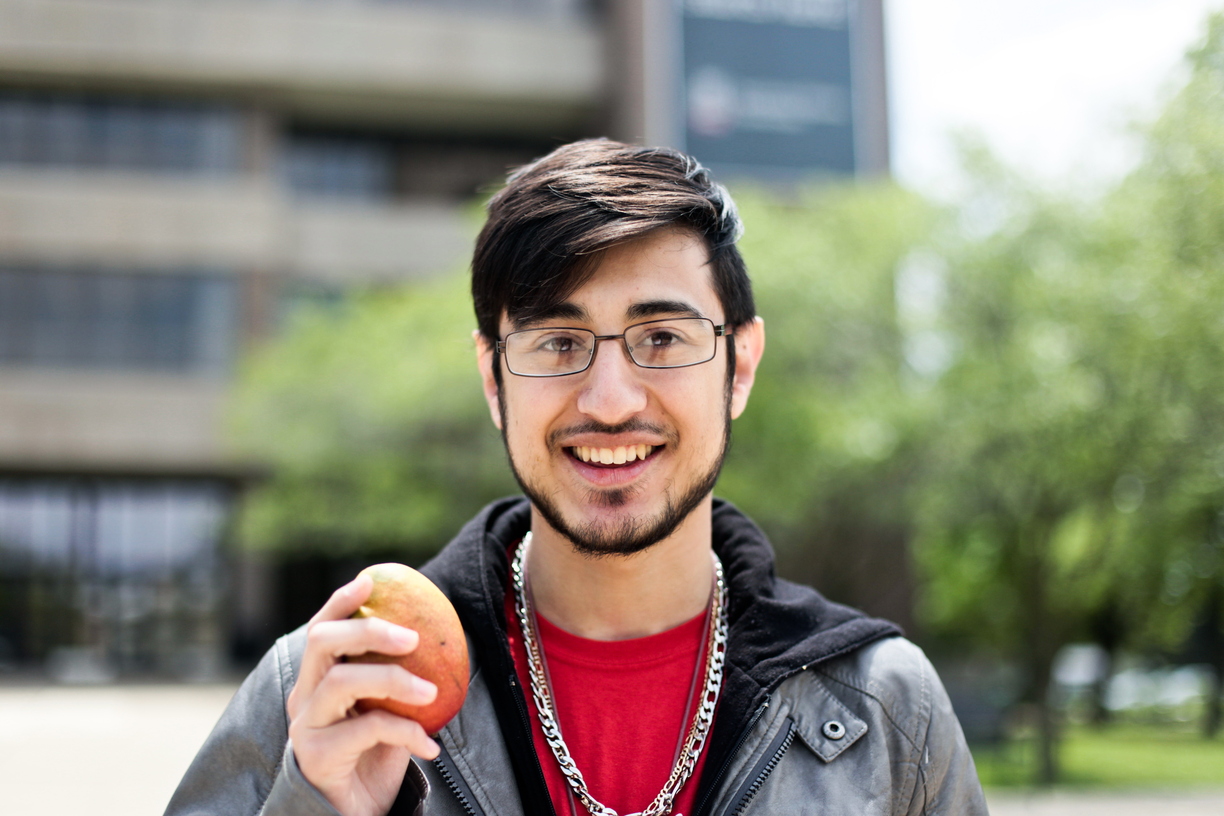 FINAL: Junior finance major Robert Venegas of Carpentersville, IL, has an internship secured this summer at Cintas as a general manager. Without responsibilities tied to attending class, he’s looking forward to having some time to write. When he’s not doing NIU student things, Venegas is a rapper and goes by the name Pedantic. He also has a social media campaign experiment in the works, involving photos of a mango. After seeing the success of viral videos that caught on, such as “Damn Daniel,” Venegas wanted to see if he could garnish the same enthusiasm online for photos of a mango. “I think it’s working,” Venegas said. “At least in my friends’ circle. They now send me photos with a mango.” One post with his mango was memorable, as it followed him finding out he had multiple offers for a summer internship. “When I started at NIU I was nervous. I was spending all this money and was worried I wouldn’t get a job,” Venegas said. After learning of his internship offers, he felt excited and blessed so he posed with a mango wearing his suit, to further show the public his happiness.