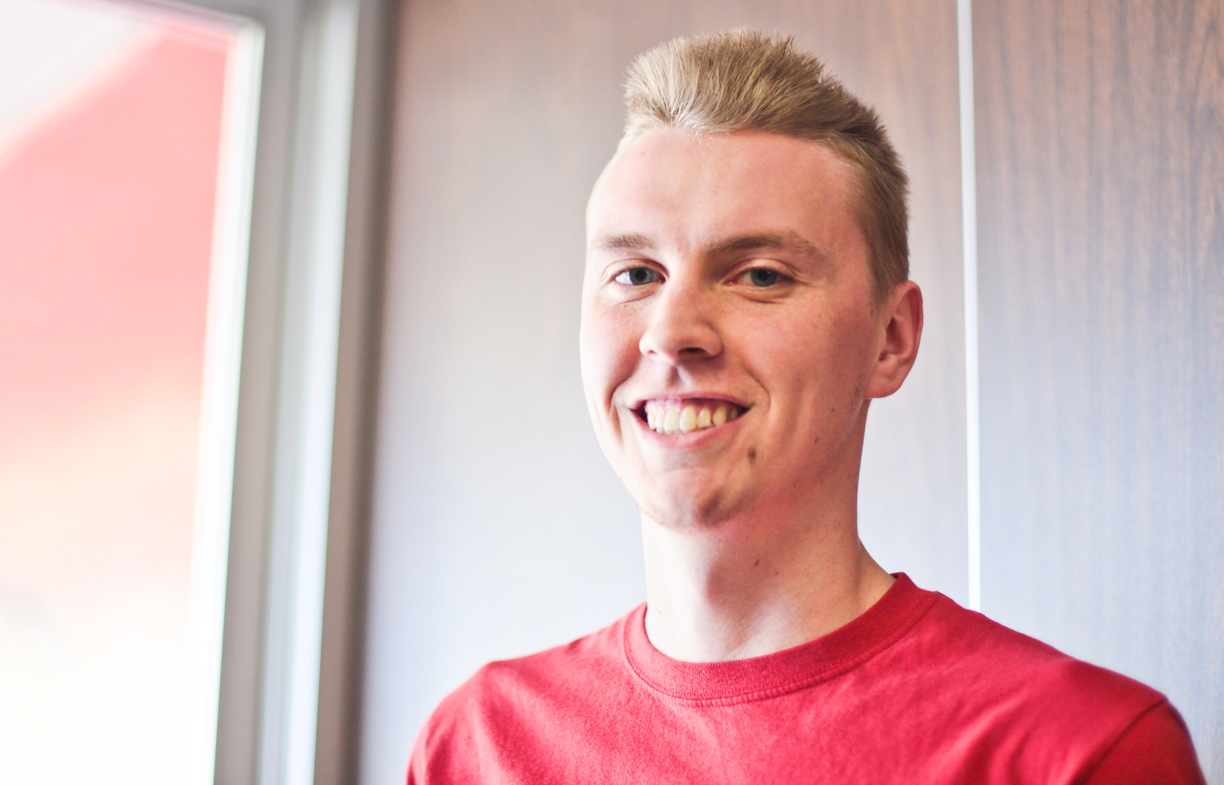 Senior geography major David Hansen of Genoa, IL., transferred to NIU in 2014. It wasn’t his original plan. He started at Kiswaukee Community College and intended on being an electrician after graduating. However, after failing to pass the electrician certification exam, Hansen looked to try another route. He had a love for geography when he was young, so with this interest still in mind, he enrolled in NIU and chose a new major. The choice makes sense for what Hansen would like to work towards; a job as a village or city manager. “Geography works well because of city planning,” Hansen explained. “It’s a niche that most people don’t recognize.” Hansen said there is some family history with this choice as well. His grandfather was the mayor of Genoa. He is no longer alive yet Hansen has heard stories regarding his work. And Hansen’s grandmother is aware of Hansen’s decision. “She’s very happy to see me following in his footsteps,” Hansen said. Hansen has advice that he received from his mentor, the Midwest Regional Director for the International City and County Management Association and former city manager of Highland Park, IL., David Limardi. There are three steps that he puts into action every day. One, “challenge your intellect,” two “engage your emotions,” three, “test and retain your character.” Hansen adds, “reflect on each day. “