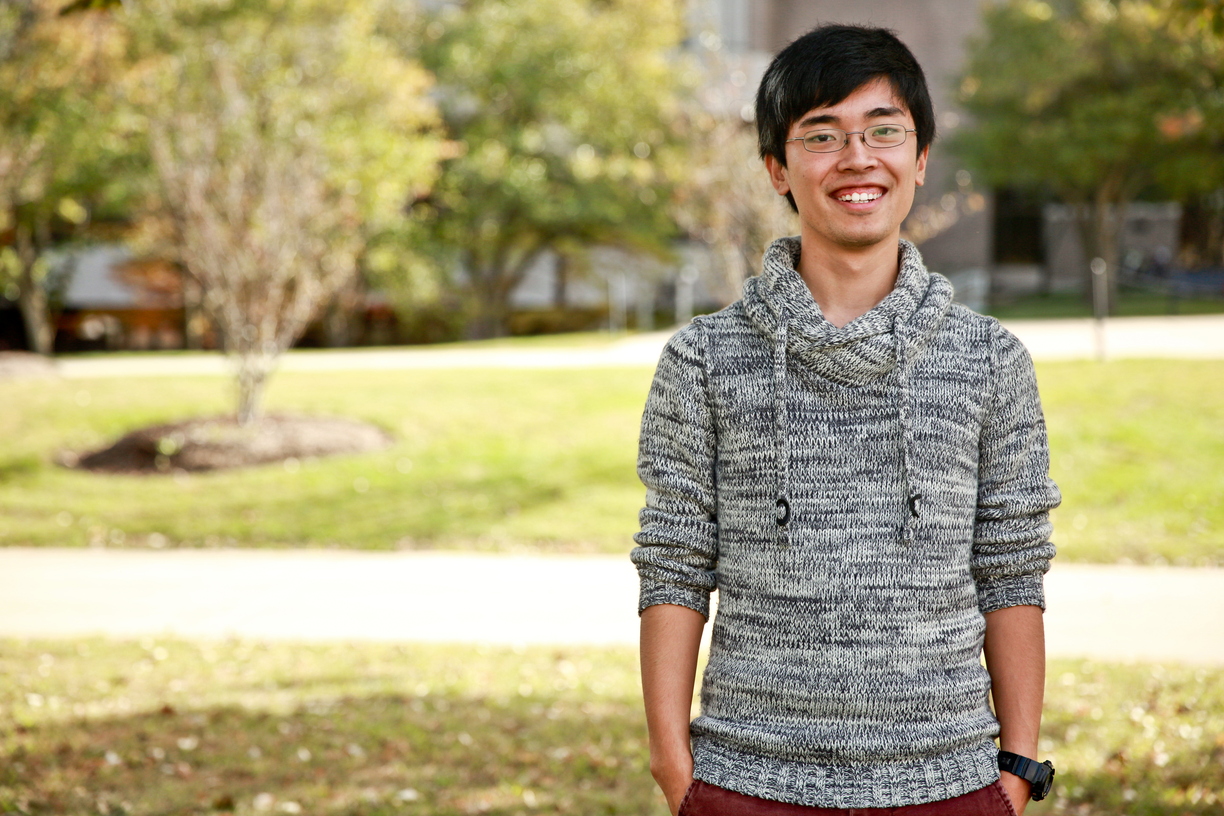 FINAL: Junior physics major Wataru Hashimoto from Toyoko, Japan, conducted his research in comparing two introductory physics classes due to his interest in seeing how students performed in class. The classes were structured differently, one being a Theme Learning Community class (TLC,) and the other a non-TLC class. The smaller classes with peer leaders implanted in the TLC class structure showed active learning to be better for students over passive learning and the students had better results. Hashimoto started his work with Research Rookie program. He came to his mentor, Dr. Michael Eads, with the request that he wanted to do research in physics and education. Eads already had the idea but didn’t have the time to do the research for it, so he passed the idea along to Hashimoto. The project is in its second year of development. Hashimoto said his work has made him more conscious of why certain students are struggling in their classes. “I see why there are problems,” Hashimoto said. Hashimoto has considered being a physics professor himself. “As an educator, I believe you have to be inspiring. Everything starts with inspiration. Anybody can start from nothing, you don’t have to be smart but you do need to be inspired.”