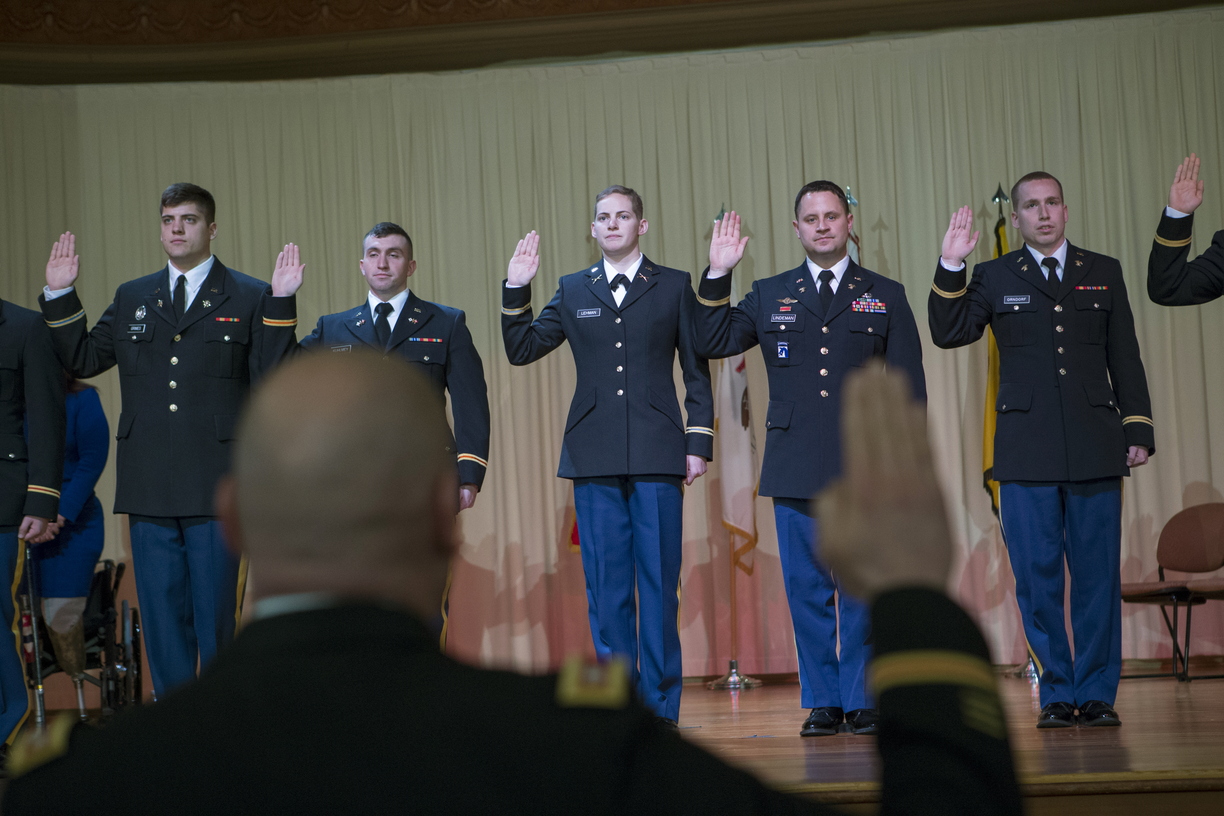 Northern Illinois University
The eight NIU ROTC commissionees take their oath including 2Lt. Ally Lehman (center) during the ceremony on the campus of Northern Illinois University in DeKalb, Illinois on Friday, May 12, 2017. 2Lt. Lehman is one of 10 women nationally being commissioned to the U.S. Army Infantry. U.S. Sen. Tammy Duckworth, a retired Lieutenant Colonel and among the first Army women to fly combat missions during Operation Iraqi Freedom, was commissioned at NIU 25 years ago and was the keynote speaker of the ceremony.